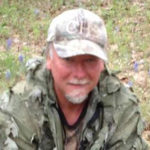 By being able to field judge the age of bucks more accurately, we can better manage our deer herds. We can maintain age class diversification, and better choose which young bucks to eliminate and which ones to keep for genetic improvement of antler characteristics in the future.

Significant amounts of research indicate that a buck deer will usually not grow its best rack until after its body has fully developed. Until then, most of the nutritional intake is expended toward making bones and muscle. The full body development is normally complete about age 5 in whitetail. That means, the best rack a deer can grow will usually occur at age 5, 6, 7, or 8. Exactly which one set of antlers becomes the best depends on habitat, weather, amount and quality of supplemental feeding, also any injury and/or sickness to which the buck is subjected. About age 8, and sometimes earlier in very sandy country, the buck’s teeth are worn down to where it is difficult to grind his food enough to release the nutrients. Antler size and body condition frequently declines after this. The deer simply cannot eat enough to sustain himself.

Based on this research, it only makes sense to pass up young bucks with large racks, since they have a very good chance of becoming even bigger in the near future. That also gives them a chance to pass on those genes for a large rack for another year or two. Conversely, the research also lets us know that a buck of 6 to 8 years has almost no chance of getting a bigger rack, and may actually soon be getting smaller, so he might as well be taken, regardless of rack size.

SO, HOW DO WE FIELD JUDGE AGE?
In general, no single factor can be used to conclusively judge the age of a deer in the field. The illustration below lists the main indicators to evaluate for a good overall estimate for a buck. Individual indicators often vary from one region of Texas to the next, and sometimes within an individual herd. If you can view known age bucks (ear tagged as fawns) in the area, you can quickly get a better read on your local herd’s distinguishing characteristics.

USING THE RACK AS AN INDICATION OF AGE 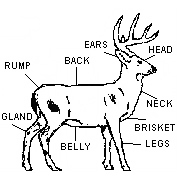 Notice that the rack (antlers) is not listed as an indicator. While some very general statements can be made about antler developmental characteristics at certain ages of a buck, the rack is the least reliable indicator. Remembering that these statements have MANY EXCEPTIONS, antlers generally gain mass as the buck ages, generally get darker as the buck ages, generally get wider as the buck ages, and will get any non-typical points in its genetics once the buck’s body has matured. So, if a buck’s antlers are wider than its ears, dark in color, seem thick in the beam circumferences, and have some non-typical points, chances are good that the buck is mature. Because of the tooth wear, a post-mature buck’s rack may actually start getting smaller from year to year, but they usually keep the basal circumference, then it will thin out quickly from there. 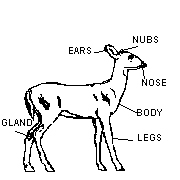 Many people think they could never mistake a buck fawn for a doe, but every year, too many of those same folks wind up doing just that. On the head, the pedicels (nubs) are the most obvious clue. The ears will appear long, and the nose will appear short. The buck fawn’s body will be smaller than that of the adult doe, but is bigger than a doe fawn, so be careful. The legs look long and skinny, and the gait is usually frisky, often frolicking. The tarsal glands will be small and snow white. Does seldom travel alone, so give it a few minutes to see if more deer show up for comparison. I’ve seen many buck fawns by themselves. 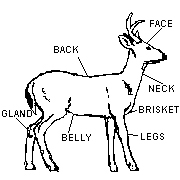 At this age, a buck looks like a doe with antlers. There will usually be a slight dip in the back. They have a thin neck, no defined brisket, white tarsal glands, and the belly line has a distinct upturn near the hams. This gives it the look of a greyhound type racing dog. The legs still look very long, and the gait is still pretty frisky. They will make unwanted sexual advances on does, but are very timid in the presence of older bucks. 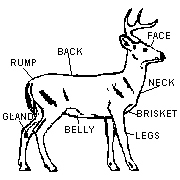 At two and a half, the animal starts bulking up a tad, but just a tad. The neck will be bigger than a doe or yearling buck, but not much. The legs still look fairly long. The face looks long and the skin tight. Eyes are near perfectly round. Slightly developed brisket. The belly still has somewhat of an upturn near the hams. The tarsal gland may have some color to it. The rump appears squared off. 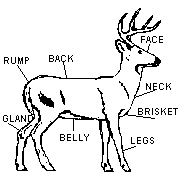 The three and a half year old buck reminds me of a racehorse. They are usually very lean muscle, and act ready for action. They may make rubs and scrapes if no bigger bucks are present. The nose lengthens and broadens, The head will have reached its lifetime length. Eyes are still very round. The brisket is noticeable but not pronounced. Legs look the right length now. The belly line is flat, with just a little upturn at the rear. The tarsal gland will be dark in rut. Rump starts looking more rounded at times and squared off at times, depending on stance. Back line is flat. 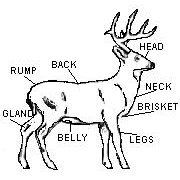 If fed well, a four and a half year old buck really starts looking like a buck. The giveaways now are the back and belly lines, and the head. On level ground, the back will have a slight dip only, and the belly will not hang below the chest line. The head skin will not look tight or loose, and the eyes are not quite round anymore. When one of these bucks walk, they still pick their feet up pretty good, and the front knees will not look bent in when the deer is walking toward you. Rump is getting pretty round, and tarsal glands will be black when near or in rut. Non-typical points may start to show up. 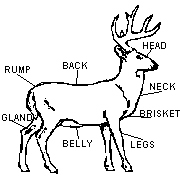 This one gets hard to pass up. Unless your herd is well managed, most bucks do not make it to this age, but you should actually let a buck get at least 6 before you hammer them to achieve maximum antler potential. Now, the eye will not be round anymore, it starts to look squinty. The brisket is obvious where it joins the neck. The belly hangs even with the chest or starts to hang below it a bit. They start walking a bit knock kneed. They seem more deliberate in their actions. Skin on head starts looking a bit loose. Often have non-typical points. 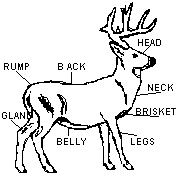 When a six year old walks out, it is usually pretty obvious who is boss. All other deer pay attention. He is on top of his game and knows it. Actions are very deliberate, like a big bull swaggering in. The front knees bend in to handle the weight of the neck and rack. The belly and back sags from years of fighting gravity. When relaxed, the ears tend to droop down a bit for the same reason. The rump is well rounded. The brisket is obvious. Eyes are squinted; almost mean looking. With good nutrition, all non-typical points in his genes will pop out now. This is what you have waited for. TAKE HIM!

PAST 6.5 YEARS
When a buck’s teeth wear out, somewhere between 7 and 9 years old in normal habitat, his antler and body conditions deteriorate. It is actually fairly easy to mistake a 9 year old deer for a 3 or 4 year old deer. The giveaway indicators are the head, neck and rump. Also, muscle tone. The head will continue to have the loose skin, and the eyes will still be squinty, as in other mature bucks. The rump, however, will lose mass, not appearing rounded anymore. It won’t be smoothly squared off like a young buck, either. It will be bony looking. The back may also be bony looking. Even the shoulders will not look so well muscled, nor will the neck. I have also noticed that — just like old men tend to get gray hair — an old buck tends to look lighter in color than other deer in the area. Not gray so much, but more of a lighter brown. Often, the hair also appears course.

Many times, a hunter must make a decision in a matter of seconds whether to shoot or not. It is impossible to get a deer to hold still so you can break out the measuring tape and tally up his score while you make this decision. So, how do you make the right choice, fast? Learn to field judge the score of whitetail deer antlers; that’s how. 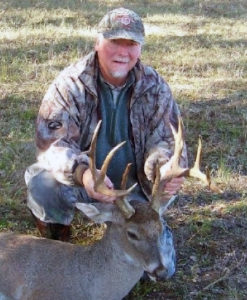 Getting a fairly accurate score, quickly, is not that hard, but it does take some practice before you are really good at it. I practice by quickly judging mounted trophies, then measure to see how far off I am. Almost anyone can be within 10 inches after just a few dozen test runs. After a hundred or more of these, you will find that getting within 5 score points (inches) is pretty easy. But what do you do if you cannot access several dozen mounts? Well, here is a fast, very general way to get an approximate score.

First, look at the smaller half of the rack. Almost all deer antler sets will have some asymmetry (one side does not look exactly like the other). Try to use the smaller side if possible. Why the smaller side? BEWARE OF GROUND SHRINKAGE! Antlers almost always tend to look bigger when in the air above a live deer’s head than they do on the ground by a dead one. By using the smaller side to start this process, you build a bit of ground shrinkage into the system.

Now, add up the total tine length on that one side. You can use the ear of the deer as a reference. They are generally 7 to 8 inches in total length from where they join the head to the very tip.

Mass is very important in this computation because it is measured 8 times total, so just one inch in circumference at each measurement can add 8 inches of score.

Normal mass is about 4.25 to 4.5 inches at the C-1 (first mass measurement made at the smallest point between the base and first typical point). As reference, the eye of a deer is roughly this same circumference. Spread will fool you if you’re not careful. Add just 3 or 4 inches of spread and most people will guess an added 10 inches or more in score. Usually, if they get spread, they give up mass or beam. If they get mass, they give up spread or beam, and so it goes, but it all averages out real close to the totals given. ONLY the deer that has it ALL will get that 100-105 base score. Don’t get fooled! 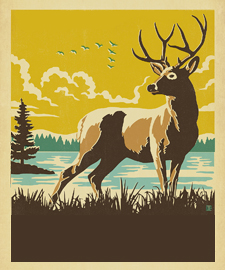 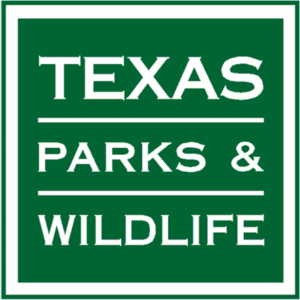